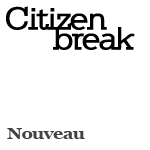 The Ankara Conference on Peacebuilding and Conflict Resolution stands out as the ICD's effort to impact the international system at its most sensitive and efficient level: conflict resolution and peacebuilding, taking the Mediterranean as the focus of our study. Culture can have an extremely strong impact on societies, and should be taken into account as a factor in change and new developments in the international system. Reflecting on the role of cultural diplomacy as a tool for conflict resolution, but also in empowering the Mediterranean countries at a global scale, will be the main goal of this conference.

Since the classical era through to Ottoman rule, as well as the French and British mandates, the successive empires have had a huge influence on the region thus creating a common cultural background. But they have also initiated tensions with very high conflict potential (e.g. drafting borders). This ambiguous situation explains both the need for institutional cooperation in the region (Arab League, Barcelona Process and European Neighbourhood Policy) as well as the obstacles that stand in the way of further integration (as demonstrated by the failure of the Union for the Mediterranean). Moreover, change is taking place – evidenced by the Arab Spring or the rise of Turkey as a new regional power – creating a higher risk for conflict, or a new chance for peace. The aim of this conference is to reassess the intimate cultural ties that link the Mediterranean countries together, and consequently the potential for conflict resolution.